Through the process of making art, people experience the benefits of overcoming challenges and learning how to nurturing something until it is completed. I deliver art workshops in a wide range of settings, including schools, emergency housing, mental health units and youth offending programs like the one featured in the video at the end of this page.

"This project was delivered for students who exhibited low self-esteem, poor attitudes to different cultures and ethnicities, low confidence in their own culture or heritage and those who have in the past been bullied or bullied someone else."

"You have proven that informal education positively impacts young people's standard of work and can be used as a way to explore and express difficult emotions. The board symbolises not only a story of some of the lives of the young people but also acts as advice and a 'pick me up' for those that are still going through difficult times".

These are a collection of photos from art sessions that I've delivered with young people @Docklands since 2013. Also running from there is the fantastic ACE who use creative programs to empower disadvantaged young people.

Here's me describing the effect of creating art with vulnerable or marginalised people from an article that was in the Bristol Cable.

I met ‘Scott’ at a temporary accommodation place for young people at risk of homelessness. He initially declined the invitation to get involved saying that he would mess it up so what is the point. He hung around the edges but eventually agreed to give it a go if I helped him with it.

I explained that that was why I was there, and he asked if he could make a tribute for his friend that had recently died in a motorbike accident. It was a battle for him to concentrate and not give up when things weren’t looking as good as he had hoped. He said that he was really keen to finish it before the end of the session, as it was unlikely that he would be able to come to more sessions as may be going back to prison. He completed it and said he never thought he would be able to do something like that, and was proud of it. 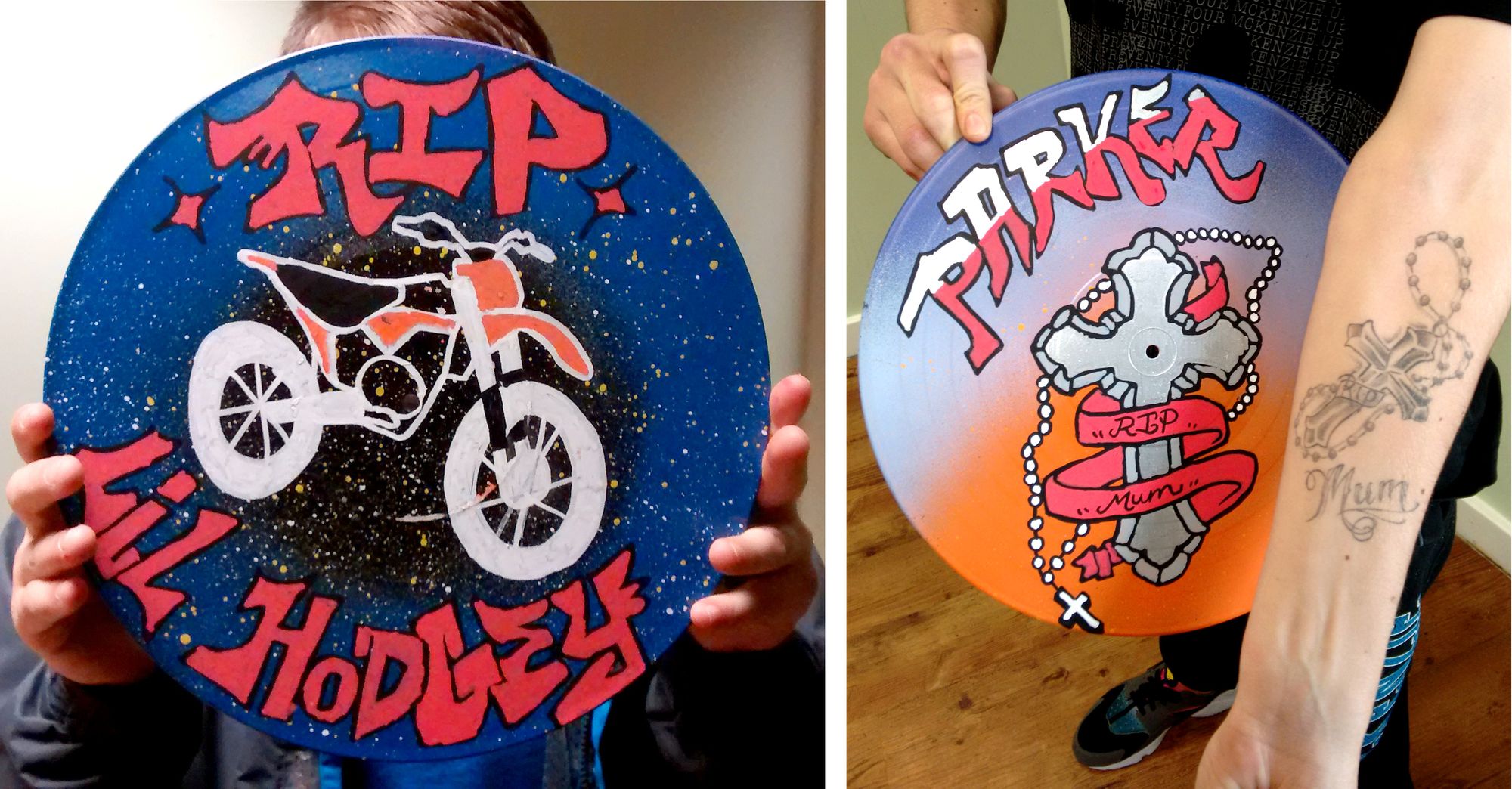 I love encouraging people to make art even when they think that they don't like it or it is 'not for them', and seeing them leave with something that they are proud of, having done something they didn't think they could do. In this sense I see art as a tool that can be used for so many things, and I my job is to help people find it and work out how it can be useful for them.

This was a really fun one, working with young people who attended the Streetspace Youth Club on Filwood Broadway in Knowle West. It was all designed by them, and my job was to help them get it up on the wall, then teach them how to fill it in using spray paint.

We took inspiration from Mitch's pet bearded dragon, a sheep to represent following the crowd, and a lion to represent bravery - holding up the LGBT flag. It was Lewis' idea to do the face on over the corner so the hair made a bush, and Poppy-Leigh's idea to do the face two different skin colours to represent unity no matter what colour your skin is. Read a nice article about it here, on the Knowle West Community Website.

I am a Restorative Justice Practioner for Restorative Bristol and a registered Arts Award Tutor.